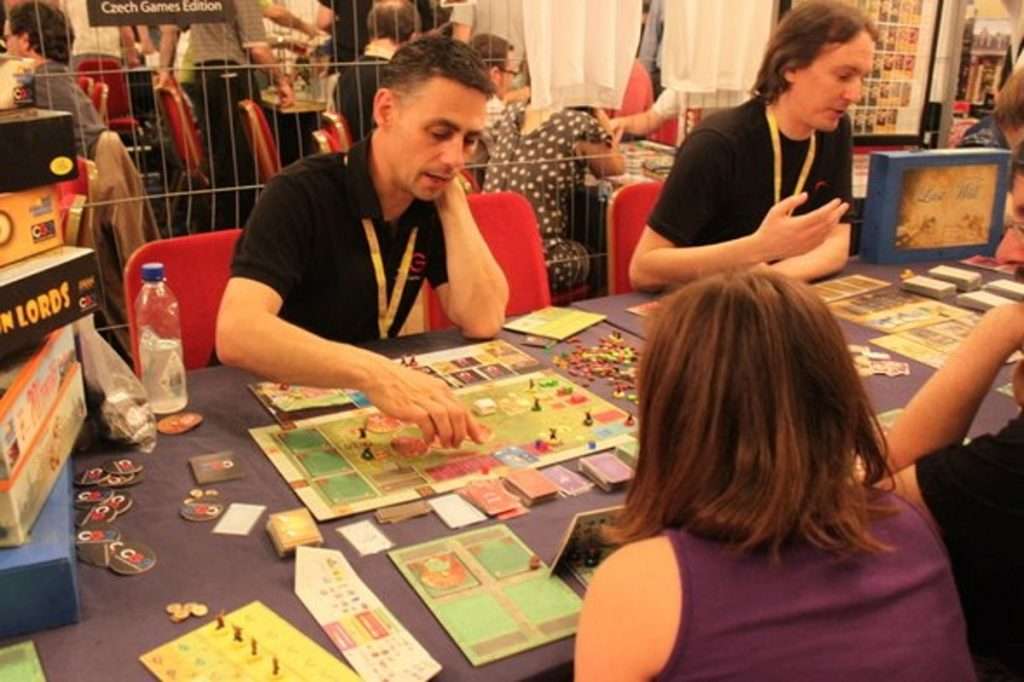 Before you proceed with development and manufacturing. And though you can use friends and family to test your game. There is nothing like getting an objective opinion from someone you do not know.

To make the process easier, we have teamed up with Player Lair Playtesting to make sure your game gets an objective opinion and becomes the best it can be!

The Player Lair Playtesting team has performed hundreds of tests. with games at various stages- from early prototypes that need direction to games with the final artwork.

They have worked with publishers like Garphill Games, Jacob’s Brick Games, NiNi Games, plenty of independent game designers, and many more.

Because, Their team consists of several published game designers, a graphic designer, board game convention organizers, prototype contest judges, and a gaming journalist. They choose playtesters who will fit your game’s style and needs.

So, Player Lair is run by Ivan Alexiev. He also hosts the Player Lair Podcast and has talked to dozens of world-renowned game designers and has a lot of experience in making and developing games.

How Does Player Lair Work?

At first, they read the draft rulebook to ensure it is clear and easily understood by a party unfamiliar with the game and that has no one to explain the game. If your game is at an earlier stage or the rulebook isn’t quite up to date with the latest additions to the rules, you may also have a test where you teach the rules, the mechanics, and the main focus of the gameplay.

​After reading the rulebook and understanding the game, they start to play. The whole session is recorded so you can see real-play-time emotions and play through. After completing the playing session, they write up a detailed report of the game’s strengths and weaknesses and add an actionable plan with improvement suggestions.

The playtests are usually carried out through Tabletop Simulator. If you need help with getting your game on the platform, the Player Lair team may also help you with that as well. There is also the possibility of making a prototype or sending a print and play version.

What Do You Get?

Mention Hero Time, and get a 20% discount on any of their services!

Other Tools
and Services

After you finished making your art and you are ready to work with Hero Time, here is a short summary of how we will cooperate to make sure your game comes out perfect

The Guide For Design & Publishing

Artwork and design is the foundation of every board game. Make sure you work on your files correctly from the start, so you don’t end up with print issues.