Your Progress in the topic of :

What To Look for When Manufacturing The Board Game

What To Look for When Manufacturing The Board Game 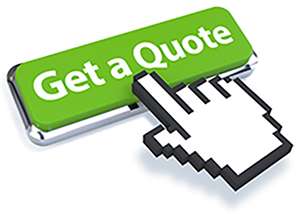 The payment structure for the board game is briefly defined step-by-step. It is acceptable in the manufacturing industry to have three payment installations throughout the manufacturing process. The method for payment is set to provide maximum facilitation to our valued customers.

1- Paying for a Prototype game:

Before deciding to move forward and mass-produce a game, most customers prefer making a prototype game to check the quality of the material they chose and the way all game components fit together. Because, They usually take the sample game to game events, show it to friends, and even to market influencers. But, After all their checks, they might decide to make adjustments to the game, the artwork, and the pieces.

A) Average Cost of Sample Game:

Currently, the average cost for a single sample game from a factory ranges between $150 to $400 a game.

However, this cost is very high to accept for a single game, especially in the days of Kick starter, where it is wise for inventors to get at least a dozen or more copies to show influencers.

To answer this problem, Hero Time now offers a special package of up to 5 sample games, for around 60% of the cost of a stand-alone sample. In short,

Following the authorization of the final version of the game, Hero Time will send an Invoice (PI) to the customer. In this invoice, all the details of production will be agreed upon: game specification, production timeline, payment structure, and delivery status. Because, The invoice is a binding document upon which both parties agree upon.

A) Payment Structure for Board Game Details:

With the signing of the invoice, the customer needs to pay a down payment to Hero Time. Because, Most private and one-time customers transfer 50% of the order. Payment Structure for board game is divided in the following way. While repeating customers and established publishers, pay a down payment of around 30%.This 50% does not include costs for mold and wood components, for those the customers will need to pay full in advance.

B) Shipping Charges Not Include:

But, In addition, the 50% does not include shipping and fulfilling which the customer will pay at the end once all the backer lists and fulfilment centers were settled.

To ensure customer safety and satisfaction, Hero Time will continuously update the customers with the progress of their game using videos and pictures. But, Customers will take an active part in the production and will be able to comment on the output (this is an added value service not provided by other manufacturers).

After production has been completed and before delivery, the customer will need to pay the remaining balance of his order.  After the customer has settled the balance,

A) Bill of Lading:

HeroTime will provide him/her with the final invoice and Bill of Lading, which he/she can then use for customs and shipping. HeroTime can ship the products to their destination

1. If I pay the first deposit, do I still need to pay for the sample?

No, if you pay the deposit, the sample is free of charge

2. If I got a sample once and I am not satisfied with it? Can I get a new sample?

Yes. Once you pay for a sample, you can get up to three sample runs

3. Is the prototype board game identical to the final game?

Samples are printed using a digital printer, while the mass-produced order is print by an offset printer. The digital print is slightly darker and starts to fade after 2 months or so. Aside from this, the sample will be the same as the final mass-produced game. (it is possible to get a offset printed version, but it will be $85 more expensive)

4. How can I be sure the game will come out as I want it?

Hero Time will record the production of your game, and will send you constant updates about it. Though digital content is not 100% the same as an actual game held in your hand, errors can still be spotted, and you can feel safe with your game.

5. If during production I found that the factory made a mistake. What then?

Though it rarely happens, if it did happen, let your correspondent in Hero Time know and they will make sure the factory re-does the job, free of charge

6. If I started manufacturing and then decided to change the design, will HeroTime be able to change it?

Once the factory started printing, you will need to bear the costs of a reprint. The cost will only be for those sheets you want to change. Not the whole order.

7. How can I make sure the game will be produced according to the agreed timeline?

8. Will the factories ever deviate from the agreed timeline?

In some cases where Hero Time will approve the delay. For example, if it is raining hard, Because, it is better not to transport or cut the board games as the air is very damp and can ruin the boards. in that and other similar cases Hero Time will recommend changing the deadline Explore The Most Popular Categories

Explore The Most Popular Categories Working with a manufacturer Category: Author: Hersh Glueck
Generally speaking, there are 4 different types of board game pieces and components you can use in your card and board game. 1. Printed Pieces 2. Wood pieces 3. Plastic pieces and miniatures 4. Other Accessories Printed pieces for board games include all components that use paper and cardboard. They have but are not limited to Board game boxes, playing cards, foldable playing boards, individual player boards, board game token sheets, map tiles, rulebooks, and inserts.
LEARN MORE Category: Author: Hersh Glueck
This topic is probably one of the more abstract hidden and unknown topics in our industry; the vague government regulations and guidelines and the secrecy and inaccessibility of the testing labs are making it hard for everyone to understand what actually should be labeled and how.
LEARN MORE Category: Author: Hersh Glueck
This topic is for geeks who love to see and understand behind the scenes board games and card game production. Here we will go through the different cost structures of production down to the delicate details of gluing and labor costs. Once you read and understood these articles you will understand the cost and size limitations for your game and you will be able to reconfigure and redesign your game accordingly, all by yourself. Please note that in this topic we cover machines that are used by Hero Time, though most board and card game manufactures will use similar machines there are minor details that change. We will cover in this course topics such as General Costs, Printing Costs, Paper and cardboard cost, miniatures, and more.
LEARN MORE 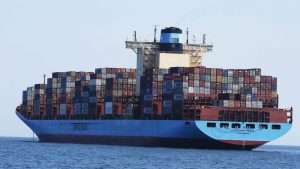 Category: Author: Hersh Glueck
Shipping and Fulfillment is another topic that small to large game publishers cannot wrap their heads around, nor can they fully master it. For a first-time creator and an individual to be able to execute this part all by themselves without issues is nearly an impossible task. Still, with the correct information, the creator can stand a chance. This course will discuss different shipping terms, shipping methods, how Fulfillment works, average prices, and the logic behind these prices. This topic is still under construction, but if you are interested in already starting to learn a bit, you can refer to our YouTube discussion here (a video on YouTube that will launch soon)
LEARN MORE 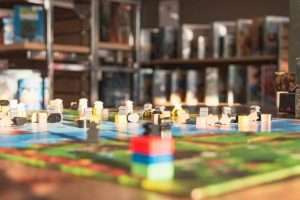 Category: Author: Hersh Glueck
Hey guys, thank you for visiting this page. This is a personal message from Hersh: As a person who loves board games and the board game industry, it is my dream that board game creators will have everything they need all in one place, hence the University page you have come across. While I can handle and write all the information surrounding Manufacturing and Logistics, when it comes to Board Game Design, I need your help to write great and helpful content. If you have any board game design experience and think it is a valuable experience other creators should know about and learn from, please get in touch with us and let us know. If your article is informative and has concise and clear points, I would be more than happy to add it here in the university and put you as the author with a backlink to your own game/project, and your profile.
LEARN MORE

HERO TIME BELIEVES IN YOUR PROJECT

Board Game Creators are the pillars of the board game industry. As a board game manufacturer, it is our duty to make sure you have everything you need throughout your journey.